The storm is over, now let's work together. The Franklin Park Borough Public Works Department has the responsibility of clearing municipal streets of snow and ice from winter storms. Our aim is to provide residents with the highest possible level of service therefore providing a safe environment for vehicular and emergency traffic. We take this responsibility very seriously!

During snowfalls the initial pass of the snow plow is to open the road to traffic flow. Expect to have the snow pushed back to the curb on a later pass. This is done to provide more space to push away further snow and to provide drainage when the snow melts, so that water runs along the side of the road and not in the cart way where it may refreeze as temperatures drop. Remember that snow plows cannot pick up and carry snow, so snow is placed to create the least amount of problems for motorists.

The Parking Ordinance prohibits parking of vehicles on Borough roads during periods or snowfall, ice accumulation and inclement weather.  Residents who violate this Ordinance will be ticketed and subject to the fines and penalties according to the Code of the Borough of Franklin Park.

For the safety and convenience of our residents, we ask all motorists to strictly comply with the requirements of Ordinance 202-13, as set forth above.

Before the snow begins this season the Public Works Department would like to encourage residents to periodically inspect and maintain their mailboxes in accordance with U.S. Postal Service requirements. (See Below) Mailboxes should not extend past the face of the curb and should be securely fastened to a sturdy post which is sufficiently anchored in the ground to resist the impact of plowed snow. While our snow plow truck drivers make every effort to avoid hitting mailboxes, they do on occasion, hit or knock over mailboxes. Snow plow operators do report these incidents to their Supervisor. The policy of the Borough will be to replace a mailbox if it is physically struck by a Borough snow plow but when snow thrown from a plow knocks over a mailbox, the replacement of the box or post is at the homeowners expense. 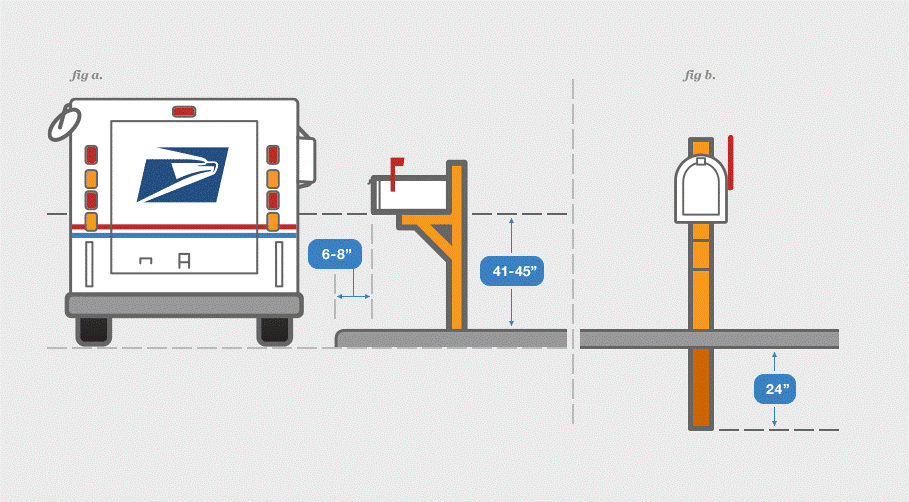